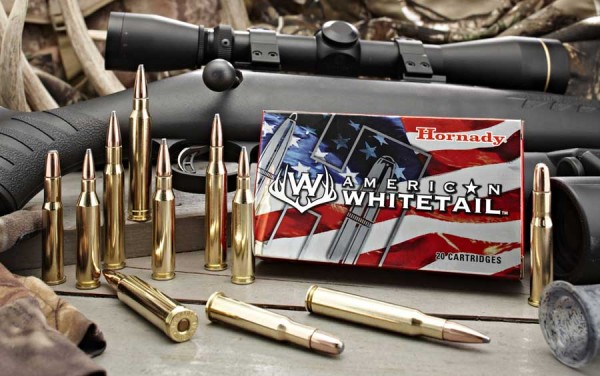 The shooting world is awash in rumors and speculation.Â  The rumors I hear range from the obvious to the ludicrous.

I got hit by this weird rumor, that ammo companies have stopped making ammunition, right before the SHOT Show, and have heard it many times since then.Â  The folks that espouse this one seem to believe that many or all of the ammunition manufacturers have ceased production in an effort to run up the prices of thier goods.Â  Then, at a later date, the companies will trickle the ammunition stockpiles back into the market at inflated prices.

I suppose this could make sense if you believed the firearms industry was run by a cabal, like OPEC controls the middle eastern oil production.Â  There are many problems with this theory, including the number of people and companies that would have to be involved, and that many ammo companies are happy to give customers and the media tours of their production facilities.

END_OF_DOCUMENT_TOKEN_TO_BE_REPLACED

Less that 30 days away, the SHOT Show rumors are starting to fly. Â Some are more credible than others, but only time will tell which prove to be correct.

Winchester Repeating Arms is supposed to be introducing new versions of the Super X Pump (SXP) shotguns including a rugged marine version. Â I would expect the Marine Defender to be a salt-water resistant version of the SXP Defender with an 18″ barrel and 5+1 capacity.

END_OF_DOCUMENT_TOKEN_TO_BE_REPLACED

I received an interesting, and unverified, e-mail tonight.Â  The writer claims to have ‘insider’ information about some of the new products that Taurus is introducing at the 2010 SHOT Show.Â  The one he described to me was a polymer framed 1911.

The writer described the pistol as having the same features and function of a full-sized 1911 pistol, with the obvious change of a plastic instead of metal frame.Â  I asked for more information (single-stack or double-stack, etc.), but do not have anything else yet.

END_OF_DOCUMENT_TOKEN_TO_BE_REPLACED

A few days ago, a photo leaked of a possible new tactical version of the Ruger Mini-14.Â  At the time, I stated that it looked like a Mini-14 with the ATI stock on it.Â  Well, that is exactly what it is.

Ruger was showing the “new” Mini-14 at the 2009 Media Day at the Range.Â  According to the Ruger rep, ATI is manufacturing the Strikeforce stock with the Ruger emblem and shipping them to Ruger, where the Mini-14 is assembled and shipped to dealers.Â  According to the rep, that’s it: no other new features or items that you wouldn’t get by ordering your own ATI Strikeforce stock and putting it onto a Runger Mini-14.

The Mini-14/20CF is finished in matte black and fitted with the ATI stock.Â  This stock has a quad rail fore and an adjustable, side-folding buttstock.Â  It is a nice set-up and feels solid.Â  The folks at Ruger say these are already shipping and are already on some dealers shelves.Â  The MSRP is $872.