For years, there has been a simple formula for selecting a concealed carry firearm:

The Smith & Wesson Shield pistol looks to change that formula by offering a handgun that is thin, light, ultra-reliable and retails for around $400. Â The Shield is thin and lightweight, yet offers a lot of features that make it an honest-to-goodness fighting handgun. 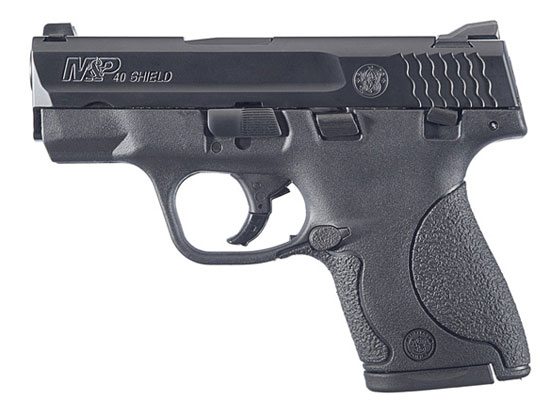 The Shield is a member of the company’s M&P (Military and Police) line of firearms. Â Like the modern line of M&P handguns, the Shield has a polymer frame and uses a striker firing system.

One of the most attractive qualities of the new Shield pistols is their relative thinness as compared to other pistols. Â The frame is only 0.95″ wide, meaning it will be much easier to conceal and carry comfortably in popular inside-the-waistband (IWB) holsters. Â Additionally, the gun weighs only 19.0 ounces (unloaded), yet retains many of the high-end features from the larger M&P pistols. 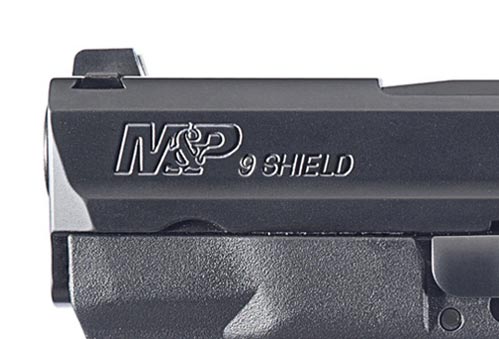 For example, unlike some of the tiny pistols on the market, the Shield makes use of very visible sights in a three-dot configuration. Â Front and rear sights are dovetailed, which will allow for easy replacement. Â See the accessory section below for information on companies already making replacement sights for the Shield.

The slide and barrel have a black Melonite finish, making them extremely durable. Â This is the same finish used on the rest of the M&P pistol line.

Other than size, the Shield does have several differences from other pistols in the M&P line. Â The two most obvious are the standard, manual safety and the lack of interchangeable palm swell grips.

Manual (thumb) safeties have been an option on many of the M&P pistols. Â Those safeties are not “standard,” and have an appearance closer to a custom 1911-style thumb safety. Â The manual safety on the Shield is smaller and much more akin to the safety on the Bodyguard 380 pistol. Â Also, you cannot currently purchase a Shield without this safety. Â It is not known if a version of the gun without the manual safety will be available in the future.

Interchangeable palm swell grips, or backstraps, is one of the features that has helped Smith & Wesson wrest some of the law enforcement market from Glock in recent years. Â Yet, the Shield does not have them. Â According to Smith & Wesson, the addition of the interchangeable backstraps would have made the gun too thick for the design envelope they were working to achieve.

For a full review of the M&P Shield, click here.

One of the problems for owners of new guns is the lack of accessories such as sights and holsters. Â Smith & Wesson worked with several major manufacturers prior to the introduction of the Shield to make sure there would be holsters and other accessories ready to go at launch.

With holsters and other gear available at launch, the Smith & Wesson Shield becomes even more desirable to people looking for a concealed carry piece.

However, I believe that the MagFIX is the best accessory for the Smith & Wesson Shield.

Why the M&P Shield?

For many years, people have clamored for a reliable and affordable single-stack 9mm pistol for concealed carry. Â Many people liked the S&W 3913 pistol, a single-stack 9mm from the company’s Third Generation of semi-automatic handguns. Â But, the 3913 was both heavy and expensive.

With the incredible surge of popularity in the M&P line, Smith & Wesson decided to capitalize on the success of that line and tap the largely unmet demand for a lightweight, thin pistol.

There are other thin 9mm pistols on the market. Â Kahr Arms has been making reliable single-stack pistols for years. Â Kahr has even introduced budget-friendly versions of their handguns, including the CW9 and CM9 pistols. Â Kel-Tec has manufactured some small 9mm pistols, though reports of reliability issues seem to dog them in some of the internet forums. Â Recently, other companies like Ruger and Taurus have jumped into the market as well.

None of these other companies have really seemed to capture the imagination of the shooting public, however. Â Time will tell if Smith & Wesson has a runaway sensation with the M&P Shield. Â Early reports indicate the pistol is selling very well.

Prior to the official release of the M&P Shield, Smith & Wesson launched a heavy marketing campaign aimed at internet users. Â Using YouTube and Facebook, in addition to their own website, S&W built a great deal of interest in the gun prior to its official introduction at the 2012 NRA show in St. Louis, MO.

Smith & Wesson posted a teaser video on YouTube called “Shield Yourself” in early March 2012. Â The video emphasized the phrase “Shield Yourself” and people outside of the home defending themselves. Â Clearly, the tease was for a new CCW pistol called the “Shield.” That video was removed by the company once the gun was formally introduced.

Leading up to the official announcement on April 12, 2012, Smith & Wesson teased their Facebook fans with photos and other tidbits of information about the pistol. Â For example, the company would show a partial photo of the gun for a very limited amount of time. Â The scarcity of information helped build interest in the pistol, though the campaign never quite achieved “viral” status.

Introduction at the 2012 NRA Show

The Shield was dropped on the public during the annual National Rifle Association exposition in 2012. One of our writers, Aaron, was on hand for the event and provided readers with the following information:

The 141st NRA Annual meeting is in full swing, with thousands of visitors and vendors. One of the first booths I stopped by was the Smith & Wesson booth to check out the new M&P Shield. A lot of hype has been put out by Smith & Wesson and gun bloggers alike, especially since the Shield was not unveiled at SHOT Show, the traditional venue to show off new wares. 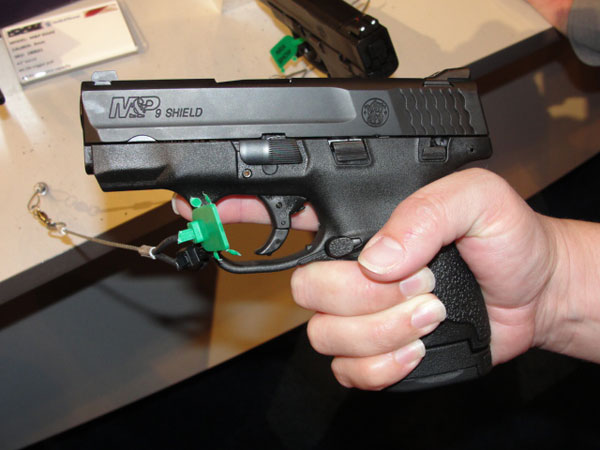 What I learned at the S&W booth may make some readers happy that S&W took the extra time to unveil their newest M&P pistol. Not that the news about the Shield is earth shattering or ground breaking – most bloggers had already figured out that Smith & Wesson was going to unleash their version of a single stack, compact 9mm for the super hot concealed carry gun arena. Perhaps the only surprise in the firearm itself is that S&W is doing a joint release of the 9mm and .40 cal. versions.

But the way S&W has gone about business, might set a trend for the other big dogs in the release of new firearms. Instead of spotlighting a new product right away, Smith & Wesson remained patient and preferred to release a whole package and not just a firearm. Behind the scenes S&W worked with partners and vendors to ensure that the first day the Shield was on the shelves, the most highly sought after accessories would be ready to go out the store with the pistol. 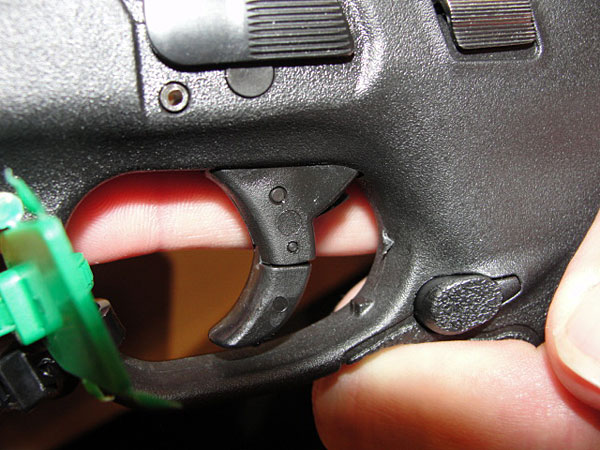 Several holster companies have already produced a variety of holsters for the Shield, and there are several different options for sights.

Let us know what you think of the S&W Shield and Smith & Wessonâ€™s â€œwhole packageâ€ approach to releasing their newest product. Here are some of the key features of the Shield: 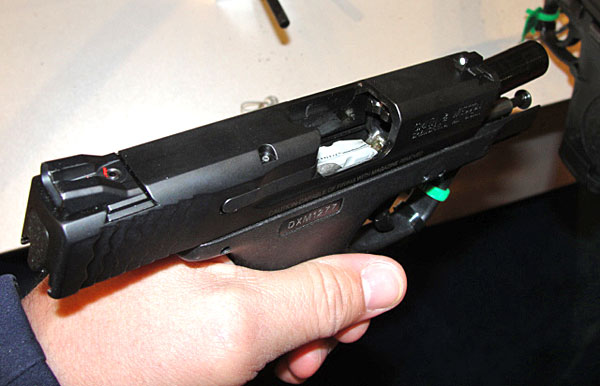 All the other features of the S&W Shield are in the same concept as the other M&P series pistols. The Shield has already shipped and comes with a MSRP of $449 for both 9mm or .40 caliber pistols. Â S&W employees told me that by summer 2012, S&W will have the Draconian ban States version ready for release.

Here is a list of the partner companies already providing accessories for the Shield:

Here are a few photos of the Smith & Wesson M&P Shield from the 2012 NRA Show in St. Louis. 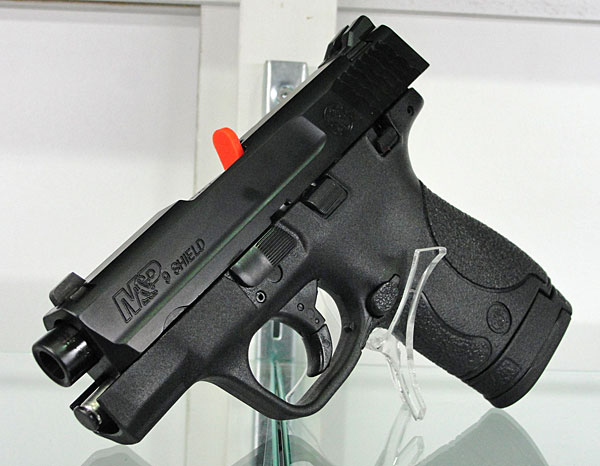 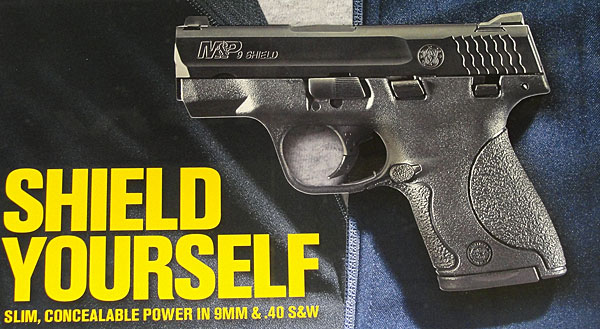 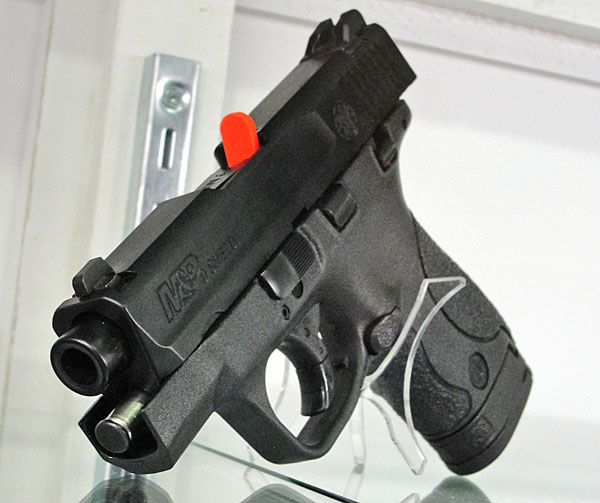 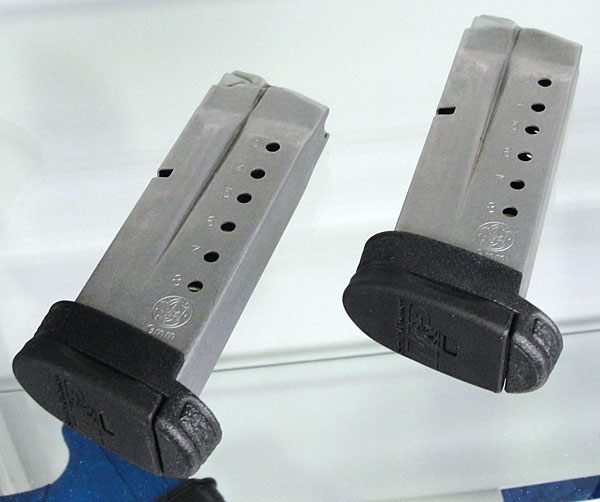 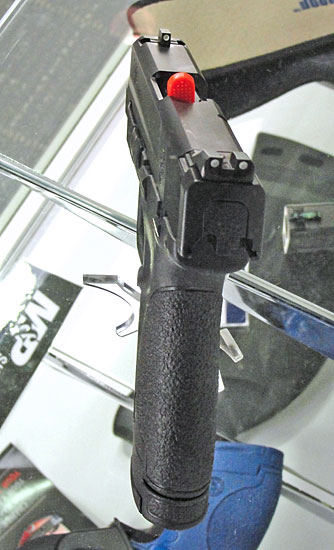 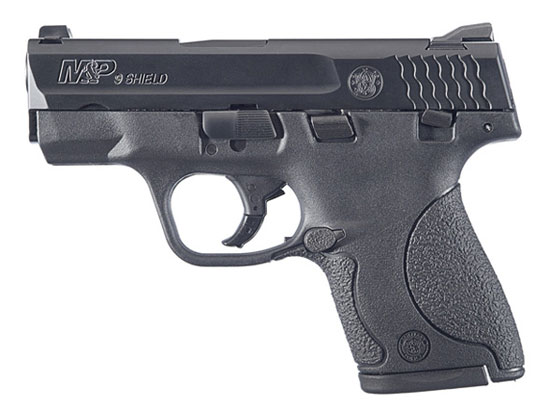 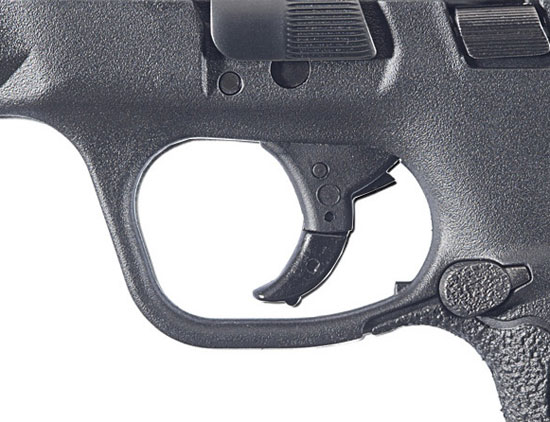 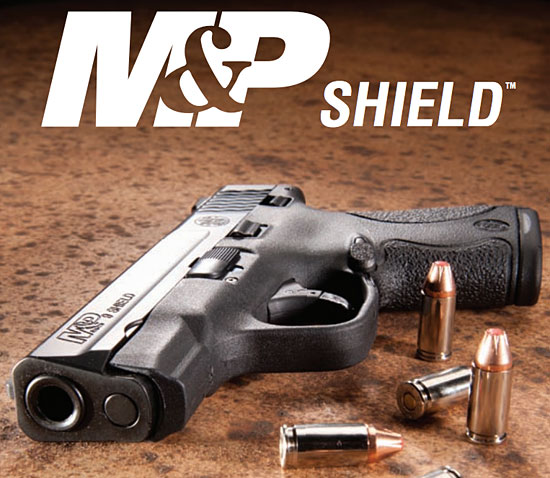 Here is a collection of videos demonstrating the features of the new Shield pistol.

Information on the Shield we got while at the 2012 NRA Show:

Smith & Wesson’s introduction to the Shield:

Jim Scoutten of Shooting USA gives a good overview of the Shield:

NRA Publications put together this video on the new M&P pistol:

[…] when it comes to the single stack 9mm defensive handguns. Â Take a look at this review of the Â Smith & Wesson Shield or the GLOCK 43 from […]