The SIG P238 pistol is a single-action, semi-automatic pistol chambered for the .380 ACP cartridge. The pistol is considered to be very similar to the workings of a 1911 pistol and is said to have borrowed heavily from the design of the Colt Mustang pistol. Most likely, SIG SAUER purchased the rights to manufacture the Mustang from Colt, though under their own label: the P238.

The P238 was introduced by SIG SAUER at the 2009 SHOT Show in Orlando, Florida. At that time, there were few quality .380 ACP pistols on the market, but the 2008 introduction of the Ruger LCP proved there was an untapped market demand for them. Unlike other manufacturers who were mostly bringing DAO polymer guns to the .308 ACP pocket gun market, SIG SAUER went with a high-quality gun on a metal frame.

The SIG P238 has an anodized aluminum frame and a stainless steel barrel and slide. The pistols are single action guns that have a frame mounted safety. P238 handguns also have a trigger bar disconnect safety, an automatic firing pin block and a hammer safety intercept notch to enhance the pistol’s overall safety.

In the first year of production, SIG only offered two variations of the P238: a standard black finish and a two-tone finish. The basic model was called the “Nitron,” which is the name of the special corrosion-resistant finish that gave the gun it’s black appearance. The Nitron was available with standard SIG “contrast” sights or night sights.

The two-tone model had a black frame with a stainless slide, slide stop, hammer and safety. The P238 grips were a stainless steel (silver) color. Both the original Nitron and the two tone models are still available from SIG SAUER.

The SIG P238 saw exceptional sales in it’s initial year, and sales of the gun have continued to be very positive. Since being introduced, SIG SAUER added numerous variations to the P238 line including various finishes, different grips and a variety of custom etchings.

END_OF_DOCUMENT_TOKEN_TO_BE_REPLACED 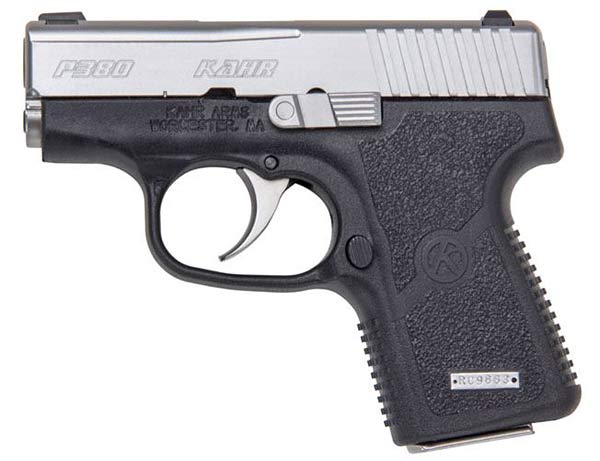 END_OF_DOCUMENT_TOKEN_TO_BE_REPLACED

Need some Ruger LCP ammo? Â According to Michael Bane’s blog, a major ammunition manufacturer will bring a new .380 loading to the market that is specifically designed for the Ruger LCP. This is exciting, as two current problems exist with the current crop of ammunition and the LCP.

The first problem is the .380 ACP cartridge is an underpowered chambering. Generally, the .380 loads are weaker than what is available for the .38 Special. For self-defense, you need all the bang you can get.

The second problem is I have been getting some reports that the LCP is ammunition sensitive. Some popular cartridges are not feeding properly. This, of course, is a HUGE problem if it extends to the entire line of LCP’s and not just a few examples. One of the reports was posted as feedback here (scroll all the way down).

Time will tell who brings what to the market. However, Bane has a lot of good contacts and I expect this information is very reliable. Â I expect we will see a variety of Ruger LCP ammo loads in the near future.

There are a number of smaller ammunition manufacturers who are producing .380 ACP ammo and I imagine they are testing the loads in the LCP. Â They might not market the loads as “Ruger LCP ammo,” but I suspect that they are definitely testing it since it is such a popular handgun. Â After all, if your ammo doesn’t work in one of the most popular concealed carry pistols, why would anyone buy it?