Had enough of the zombies? Â Not yet, I guess, considering The Walking Dead seems to be one of the most popular shows on TV. Â Fortunately, Remington introduced the Versa Max Zombie shotgun to help quench the thirst for zombie-related gun gear.

The Versa Max is Remington’s newest autoloading shotgun, and in the past couple of years it has become very popular due to its ability to reliably digest all kinds of ammo. Â I’ve not had the chance to spend much time with one myself, but a lot of people are giving the Versa Max very positive reviews. Â So, what better gun to have in the apocalypse than a 12 gauge, semiautomatic shotgun that is not picky on with what ammo it will run?

Of course, the Zombie slaying shotgun is more about form than function. Â Remington just built the form on top of a reliable platform.

END_OF_DOCUMENT_TOKEN_TO_BE_REPLACED

The Zombie Annihilator: Â The first zombie-related product that I actually think is pretty darn cool.

I stumbled across the Annihilator when I went to the Yankee Hill Machine Co. (YHM) website looking for an upper for a new lower I am going to review in the near future. Â When I hit the site, I saw this freakin’ cool gun.

END_OF_DOCUMENT_TOKEN_TO_BE_REPLACED

One day, the shooting community will look back on the zombie meme and think “WTF?” Â Right now, however, the industry is running at ludicrous speed toward all things zombie. Â The latest aboard the crazy train? Â Crosman.

The Undead Apocalypse line of airsoft shotguns, pistols, ammo and targets are all part of the “green is in” movement. Â That way if you want to pretend the zombies are attacking, while you are pretending to play war, you will be prepared.

â€œAll you need to successfully guard against impending doom is included in this new category of airsoft products,” said Roy Stefanko, VP of Marketing for Crosman Corporation. Â Uh-huh.

END_OF_DOCUMENT_TOKEN_TO_BE_REPLACED 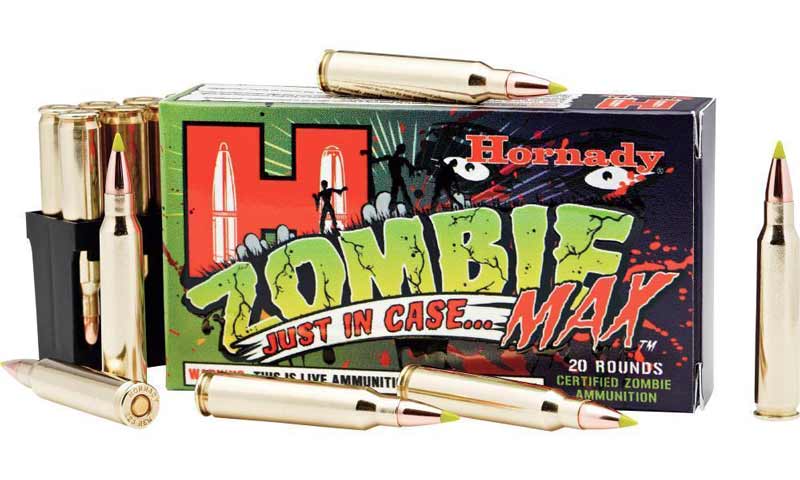 According to Hornady, the Z-Max bullets are built to “make dead permanent.” Â I’d still suggest headshots. I’m sure the new technology is good, but the tried-and-true headshot is the reliable method for zombie killing. 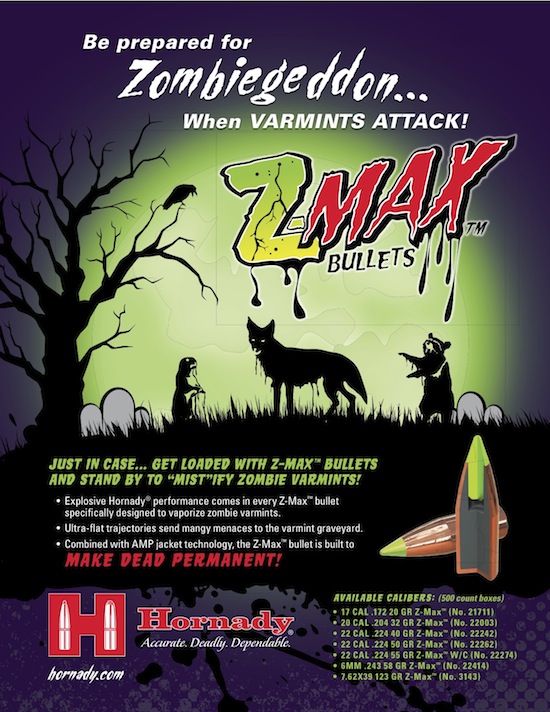