Ruger announced a number of new gun models including a new DA/SA version of the LCR called the LCRx. Â One deviation from prior Ruger product announcements is that some of the guns are not ready to ship immediately. Â In the past, when Ruger announced a new firearm, the gun was already in production. Â Some of these new guns, however, come with an expected ship date.

Here is a quick run down of the guns… 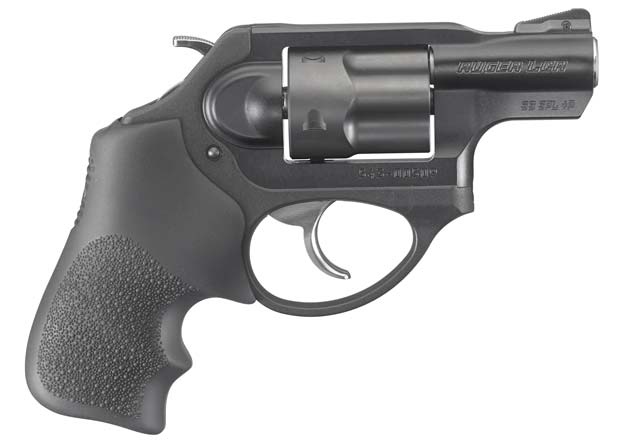 The LCR line has been a double action only line of revolvers since the gun’s introduction at the 2009 SHOT Show. Â The introduction of the LCRx changes that. Â The new LCRx introduces and exposed hammer and with it, the ability to cock and shoot the gun in single action mode.

Other than the exposed hammer and single action mode (as if that’s not enough), it appears the rest of the gun is unchanged from the base model LCR. Â The suggested retail price of $529 is the same as the standard LCR. Â There is no notes on a shipping date, so this gun should be available now. 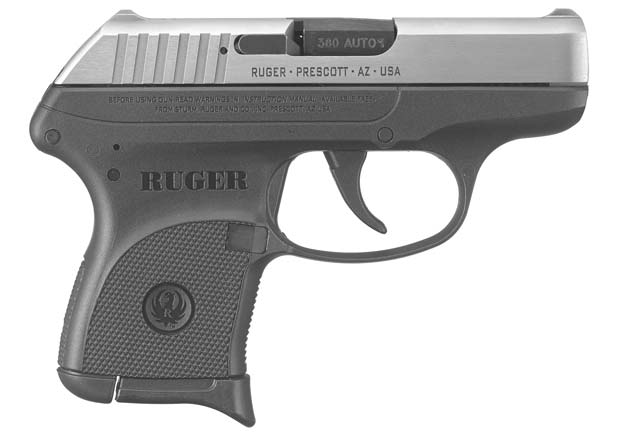 The extremely popular Ruger LCP is getting a new option with the addition of a stainless finish model. Â The new model retains the same black polymer frame, but adds a brushed stainless slide. Â Other than this, the model appears to be the same as existing guns. Â MSRP will be $429, and the guns should be available in February 2014. 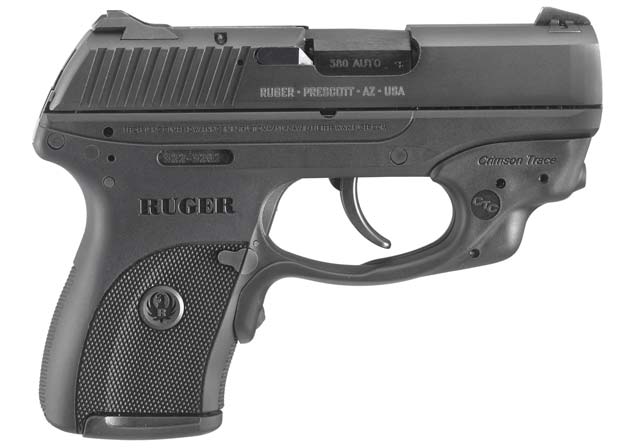 Two minor model additions were made to the LC380 line adding laser aiming devices. Â One model will feature a Crimson Trace Laserguard and will retail for $629. Â The second new model will use a LaserMax CenterFire laser unit and will carry a $529 MSRP. Â There are no other changes to these models. Â Both should be available next month.

The Match Champion is a new version of the classic GP100 line of Magnum revolvers. Â The gun has a distinctive look with stippled Hogue hardwood grips instead of the normal black rubber ones. Â Additionally, the revolver has a contoured cylinder and a slab-sided, half lug barrel. Â The front sight is a green fiber optic, while the rear is a Â Novak Lo-Mount Carry sight.

The new Match Champion has a 4.2″ barrel and is finished in a satin stainless steel. Â The suggested retail price is $899, making it the most expensive in the GP100 line. Â There are no notations regarding a later shipping date, so this should be shipping now.

We will see all of these new guns at the SHOT Show in January. Â Since these guns are just expansions of current product lines, I expect to see at least one all new design at the show. Â Ruger previously stated on numerous occasions that the new Mayodan plant will produce new product lines, and I suspect the company will show off the first of many from the plant in January.

When you say cock and shoot the gun in one action, are you really saying you can “fan” the hammer. Like the “old western” gunfighters?
Otherwise what is the bug deal? one can always hold the trigger and pull the hammer on the older models. Are you giving us back the ability to do that? How about something really different on your auto’s, like a solar powered digital counter for round count. So it you are in a gunfight, you don’t have to remove the mag to see how many rounds there are left. Something actually useful instead of squeezing in another round or locking another safety. Put a chip in it that tells me when the springs are losing tension, and the gun needs a servicing, like a car does. There is so much you can do if you allow your imagination to wander a bit, a sensor to automatically turn on the tac light when it’s a dark area, one for the laser also. like we have in automobiles, it isn’t that hard to do.
How about a holster that locks when the gun is inserted, and only responds when your hand “with a ring or voice activation opens the lock?

How about a tactical shotgun

Ruger makers, I like the idea of making them stainless grey,this is a good plan. I have had my eye on these rifles for awhile did read a lot of good reviews on them! What I would really like is them to make them in 338-08 ,they are a great bear and Elk rifle so I have read ? They are called the .338 Federal, I would really like to see this cartridge made , I’m sure it would be a good seller? as for mountain or woods rifle it would be excellent! Thank you for your time!