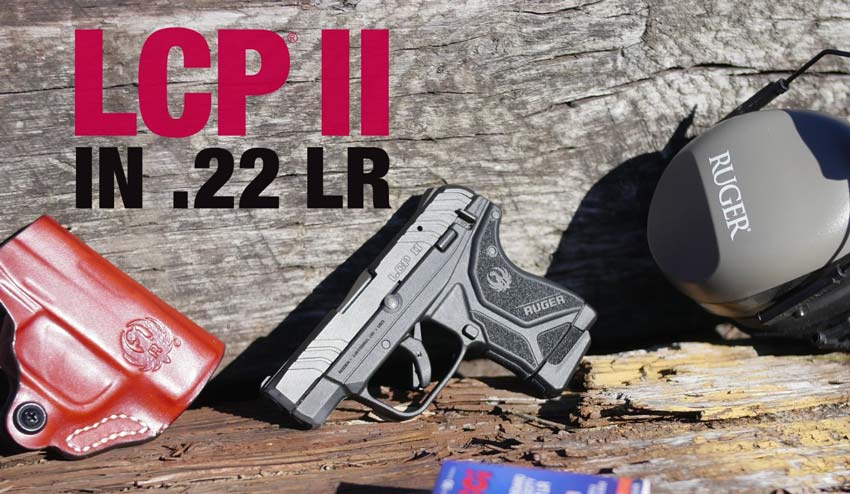 In the run up to the 2020 SHOT Show, Ruger announced a new pistol chambered for the .22 LR called the Lite Rack LCP II.

In what appears to be a riff off of the incredibly popular Smith & Wesson M&P 380EZ line of pistols, Ruger highlights the ease of slide manipulation and soft recoil of the Lite Rack.

The new Lite Rack has a number of interesting features that sets it apart from the existing LCP line. Let’s jump into them right now. 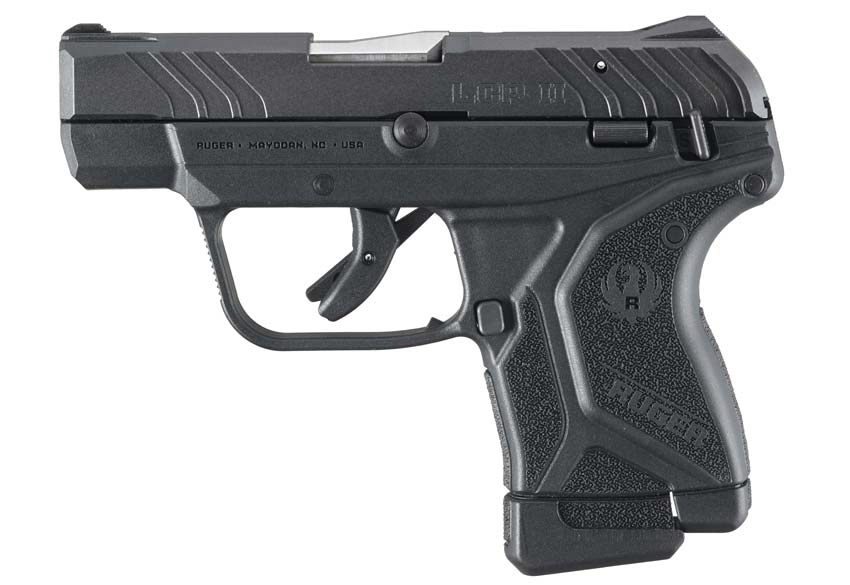 Ruger appears to have recognized a need for easier to manipulate slides. For years, many people with poor upper body strength have struggled with slide operation. On small guns with heavy recoil springs, this has been a significant issue.

While many people can master slide manipulation with a good technique some people are simply unable to do so.

For these folks, the new Lite Rack LCP II may be a good option.

Ruger designed this pistol to function with a light recoil spring. This means there is less resistance to the slide being pulled back. But, working in concert with the lighter spring is the new Cocking Ears.

Most handgun slides have serrations to assist the shooter with gripping the metal when working the action. To further improve the shooter’s grip on the slide, Ruger uses pronounced Cocking Ears. 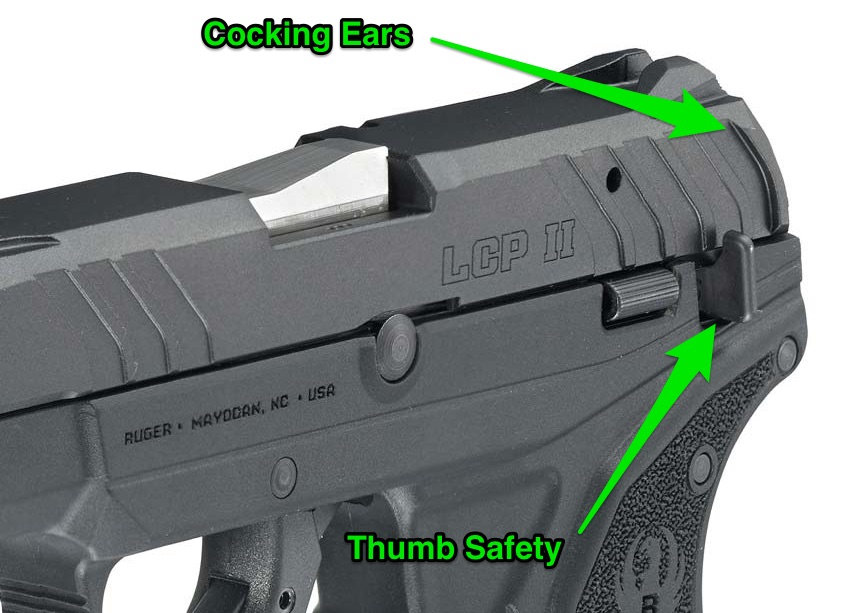 Located at the extreme rear of the slide, the Cocking Ears jut out from both sides of the gun to provide a ledge for the hand to press against. This should, in theory, improve the shooter’s ability to push/pull the slide.

Heckler & Koch included similar ears on its popular VP9 duty pistol. When I reviewed the HK VP9, I found the ears improved my hand’s grip on the slide while maintaining a sleek profile.

Unlike the HK device, Ruger’s Cocking Ears appear to be a machined part of the slide.

Ruger updated the LCP II floorplate on this model. Compared to the simple pinky extensions available on the .380 ACP variants, the new plate is a little beefier.

The additional bulk is likely needed to fit a full 10 rounds of .22 LR into the magazine.

Whatever the reason, the floorplate does add extra real estate on the pistol’s grip. Many people will appreciate the extra length. 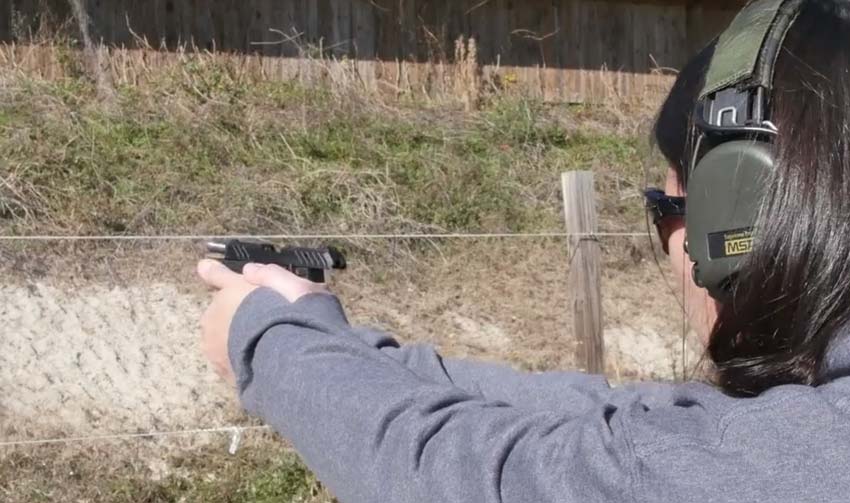 While .380 ACP ammunition is not abusive, it can still provide harsh recoil to a newer shooter in a small, light handgun. A .22 LR is a much lighter recoiling load.

For the new shooter and those with upper body strength issues, the Lite Rack LCP II may be a fantastic option. 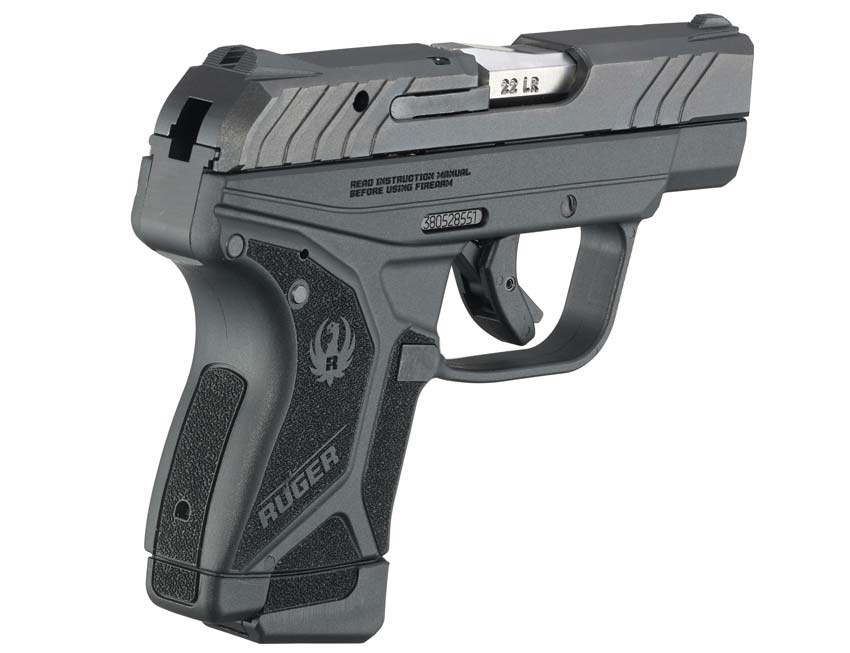 Like many .22 LR pistols, the Lite Rack LCP II has a thumb safety. It is quite pronounced and should be easy to operate by anyone regardless of hand strength.

Pushing forward on the safety deactivates it and allows you to fire the gun. The safety is on the left side of the gun only.

I like the new LCP II in .22 LR. It incorporates a number of features that will make it appealing to a range of shooters. As a guy with increasingly severe arthritis, I am happy to see another company offering a gun that can work for people with reduced hand strength.

Checkout Plinkster’s video. Looks like a real winner for Ruger! My arthritis makes shooting even .38 hard to do, and .380 is too snappy. I’m really looking forward to this purchase as soon as I can do it.

I hope they are planning to introduce one in 22 WMR.

That would be a great mid-year release. Maybe we will see something at the NRA show?

Yes it would. BTW love your work. Thank you.

I just shot mine today. While it’s nice it does it does not have as good of a trigger pull as my LCP II in 380. I was able to shave a pound off the weight and smooth it out a bit with a good cleaning and application of Battleborn PTFE infused gun grease. This type of grease stays put while it handles both heat and Cold.
The other issue I see is a very short firing pin. While it has worked with Winchester bulk pack hollow points I don’t know that it is long enough for all brands of ammo. I’m cautiously optimistic all will.work itself out. Next I’ll check accuracy.

Thanks for the feedback Frank! The first gen LCP I had definitely benefitted from a little wear and gun grease also. I’d love to hear back once you’ve run some other loads through it to see if the firing pin causes any issues.