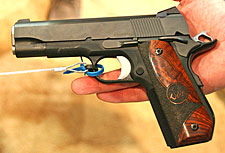 CZ revamped the Dan Wesson 1911 line, and were showing off the new pistols at the 2010 SHOT Show.Â  The Dan Wesson Guardian was one example.

The Guardian is a commander-sized 1911 pistol chambered in 9mm.Â  The forged alloy frame has a black “duty” finish, which is the same finish as what is on the Valor handguns mad by CZ.Â  The rear of the grip is bob-tailed making it easier to conceal.

The sights are fixed tritium three-dot. Â The rear sight is ramped so it is less likely to snag on any clothing when it is drawn from behind a jacket or under a shirt. Â I prefer to have a hard edge instead of a ramp so I can use it to perform one-handed malfunction drills and reloads more easily.

The Guardian felt good in the hand, and it balanced well.Â  It is a touch heavier than similar sized, polymer framed pistols from competitors, but that extra weight should make the 9mm recoil darn-near non-existent.Â  Weight is listed as 1.8 pounds (about 28.8 ounces).

The single stack magazine holds nine rounds of 9mm cartridges.Â  The barrel is 4.25″. Â Nine rounds doesn’t sound like a lot, and I suppose it is not when compared to a Glock or M&P of a similar size. Â Nine rounds is not a bad place to start at however. Â Cops carried six rounds of .38 Special for decades before the autoloading revolution caught on in the 1980’s.

Dan Wesson lists the MSRP as $1530. Â That is a decent chunk of change, and only you can determine if it is worth buying at that price. Â I can say the gun feels good in the hand (what 1911 doesn’t?), but it looks really nice in person. Â I wish my photos did a better job on the Guardian so you could get a solid feel for the quality in this pistol. 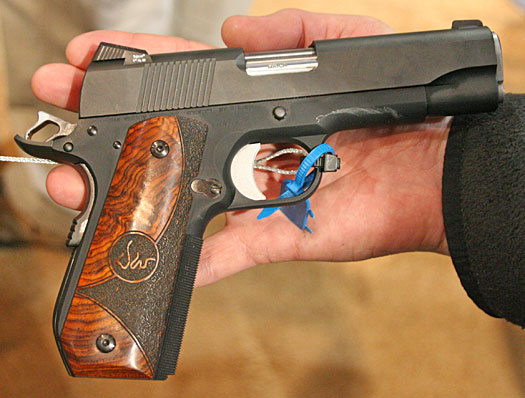 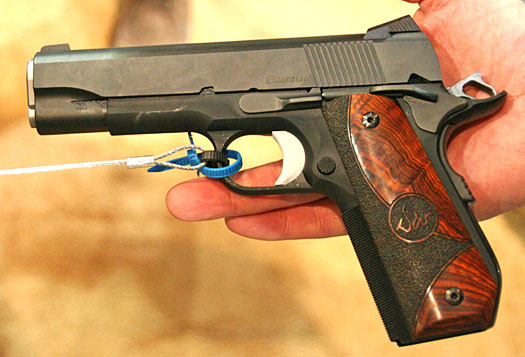 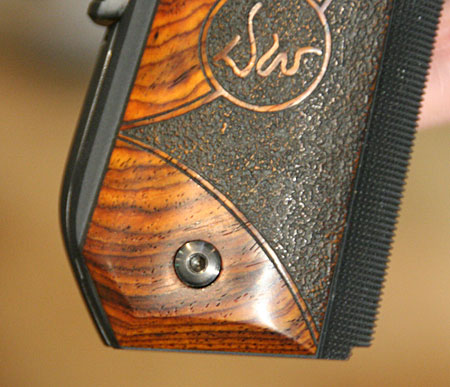 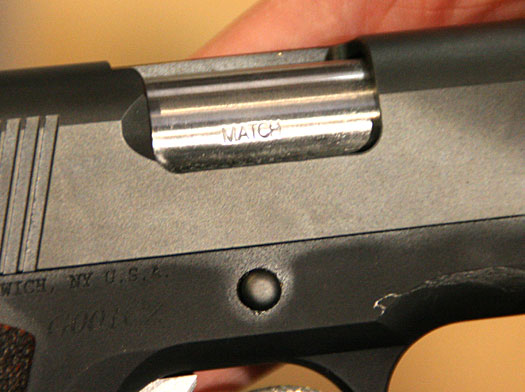