FNH USA, a division of FN Herstal of Belgium, is no stranger to high quality firearms. They have also produced some of the finest military weapons and weapons systems that are currently on the front lines of todayâ€™s battle for freedom with dozens of countries, including the United States.

For years FNH has impressed with the FN SCAR, FN TSR precision rifles, and FN series of pistols. The FN P90 and FN FiveSeveN pistol were incredible designs and technological advancements when released. So when FNH announced their jump into the AR-15 market, there was quite a stir, as one could imagine.

END_OF_DOCUMENT_TOKEN_TO_BE_REPLACED

HiViz is one of the companies that has made self-illuminating fiber optic weapon sights very popular among shooters.Â  At this yearâ€™s SHOT Show HiViz announced new offerings in some of todayâ€™s most popular handguns.Â  HiViz combined the durability of their overmolded sights with the versatility of their LitePipes.Â  Each sight is made of steel, with ramped and serrated sight blade and square profile.

Advancements include a skeletonized sight body that provides the same or greater strength as the overmolded design.Â  The second advancement is the machined internal LitePipe locking feature resulting in the highest level of reliability and longevity.

END_OF_DOCUMENT_TOKEN_TO_BE_REPLACED 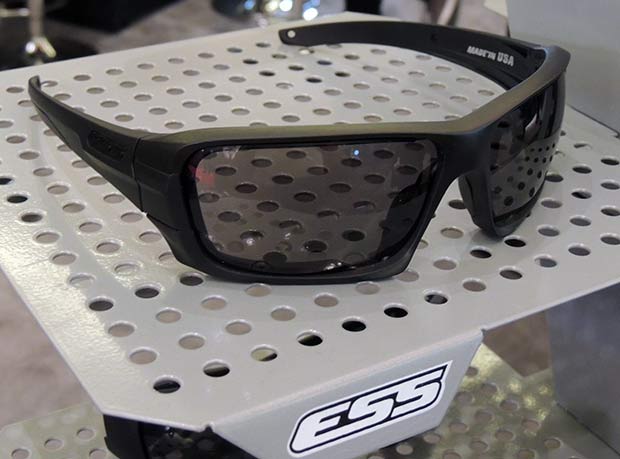 ESS is a leading producer of a variety of eyewear options. The company claims to be the largest supplier of eyewear to the U.S. Armed Forces, as well as militaries, police, and fire personnel from over 100 countries. ESS has a well established line of â€œballisticâ€ sunglasses and goggles that offer both superior eye protection in a compact, and appealing appearance. This year the company announced the addition of two new sunglasses to their ballistic line of sunglasses – the Rollbar and Credence.

END_OF_DOCUMENT_TOKEN_TO_BE_REPLACED

Part of that success can be attributed to standard features on their rifles, such as the Rock River Arms 2-stage trigger, and other advanced features. The X-1 Series rifles will follow on that trend and add a few features as well.

END_OF_DOCUMENT_TOKEN_TO_BE_REPLACED

Savage released the Axis II rifle at SHOT Show this year. The original Axis was introduced by Savage as a bargain market entry level rifle, and has success in that competitive market. Now Savage takes the Axis II and moves beyond the basics to provide a very nice mid-level rifle.

The Axis II includes the famous Savage Accu-Trigger, and will come in combination with the Weaver Kaspa 3-9x40mm scope (a $150 MSRP value) that will be mounted and bore-sighted at the factory. In other features the Axis II will match the Axis, but the shooter is getting a lot in the two new additions.